Call of Duty Needs To Take A Break

Every year, the best titles from each publisher come out between October and early December. The best-selling games, and highest rated ones usually come out during that time frame, and over the past few years, we’ve been seeing overall the same franchises. We get games like Skyrim which belongs in the Elder Scrolls Series, and those get a game maybe once every four-five years, or games like Uncharted 3 and Halo 4, which are released maybe every 1-2 years apart.

But in today’s gaming world, some publishers have the resources to continue their franchises year after year. The one that will probably come to mind right away for you is Call of Duty. 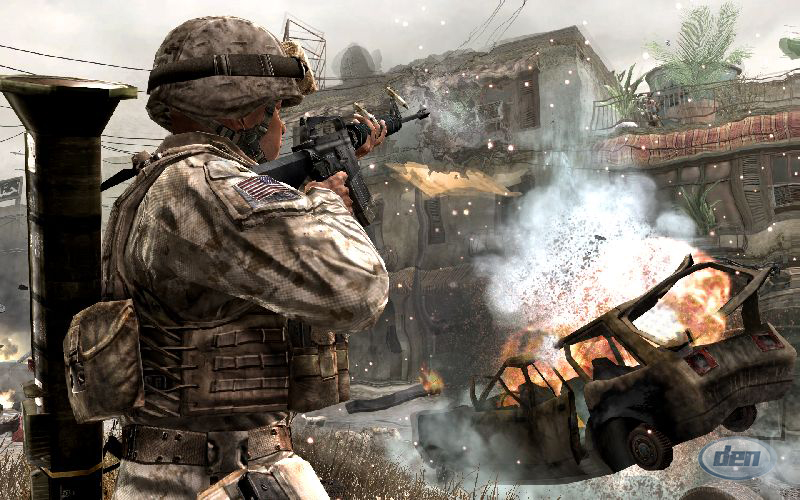 Now I’m not saying Call of Duty is a bad game, it really isn’t. I play it every once in a while, because despite what some people like to say about it over the internet, it’s a fun game.

The series as a whole shovels more money into Activision’s pockets than any other series out there right now, and Activision got greedy about it. They have more than four studios working on the series, with Modern Warfare 3 taking THREE studio’s to develop. Infinity Ward for Single-Player, Sledgehammer Games for Multi-Player, and Raven Software for any of the game’s DLC.

The problem I see for this series, is that Activision is going over the top here. I used to play nothing but this game. If I was online, I was playing Black Ops or Modern Warfare 2. It’s formula is amazing, and it’s the main reason this game still sells well. Eventually though, the game you’re playing will catch up to you and reality will hit you square in the face. The game got very repetitive for me, and I can’t play it like I used to. I enjoy playing every once in a while now, but no more than that, it just isn’t fun at that point anymore.

If Activision continues releasing them at this rate (one a year, with an occasional spin-off) then the average consumer is going to realize just what they’re really playing. I’ve already noticed a trend, and pre-orders for the upcoming game “Call of Duty: Black Ops II” are lower than they were for Modern Warfare 3 at this point in time a year ago, on Xbox 360 that is. PS3 pre-orders continue to climb higher than those of Modern Warfare 3’s. If you want to check out the pre-orders, go here: http://www.vgchartz.com/preorders/ Only time will tell if Activision has ruined their defining series, but currently, it looks as if it will take a while for the series momentum to die down.

Stay tuned for more information on Call of Duty and other games.