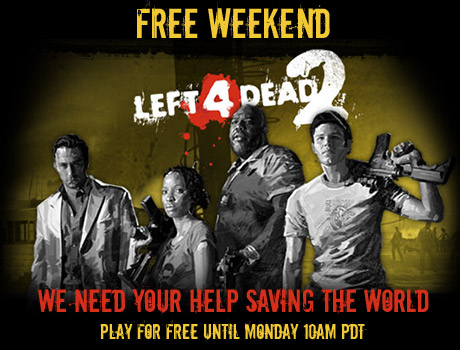 To celebrate the spooky festivities lurking around the corner, Left 4 Dead 2 will be free to play from Thursday right up until Monday 10pm PDT.

Valve announced on the official Left 4 Dead blog that the top-selling zombie shooter will be available for free and have even created an achievement for current players.

As with nearly all of Valve’s games, communication is key.

That’s the entire game for free, not just a couple of levels, but the full game! Think of it as more of an “extended demo” if you will.

What are you waiting for? Head over to Steam and pre-load or install it!

Indie Highlights: SIGNALIS, A cosmic horror convoluted story to be released in Fall 2022

According to Famitsu, PLAYISM has announced that it is working with Humble Games to release a Steam version…
byMohamed Hassan
No comments

The day has finally come! The moment that we have all been waiting for. After the not so…
byAleksa Markovic
No comments