Nintendo Wii getting a pricedrop 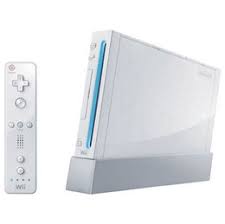 Now that the Wii U is only weeks away from landing on store shelves and breaking many parents wallets, Nintendo have decided to drop the price of their current Nintendo Wii console, from $150 to $130.

While this may seem to some like a good deal, it’s still rather expensive for a piece of hardware that has been around for 6 years and is considerably weaker than it’s competition.

You can get hold of a used Nintendo Wii console on Amazon for around $50, and in Great Britain its even cheaper, with retailer GAME stocking them in at £39.99.

So for cheap fun, I recommend used, and most good retailers will offer around a year warranty.